Hair loss in men and women is a known phenomenon today, but there is no way to prevent it.

Hair transplantation methods, after many years of practice, have proved to be the only effective and extremely successful way. Hair transplantation is characterized by results of natural appearance and optimal hair density in the transplanted region. Hair loss largely has genetic predisposition, however, it is not the only genetic factor that affects hair loss.

In most cases, the cause of hair loss in men is caused by androgenic alopecia. It occurs by the action of male hormone dihydrotestosterone (DHT) on the follicle hair of the head. The sensitivity to DHT is expressed on the upper part as well as on the front part of the head. The lateral parts and the back part it is almost unnoticeable. It is often said that hair loss is transmitted from the father's side, but the truth is that hairiness is inherited both from mother and father. According to some studies it has been found that it is most often transmitted from uncle (mother's side). DHT by its action results in a shortening of the hair growth phase. Decrease in hair follicles leading to gradual hair thinning, while at the extreme stage of this hair completely disappears. The hairless area spreads in concentric circles and the stage in which it is stopped is difficult to predict.

In genetically predetermined individuals, when testosterone cell comes into contact with enzymes in the hair, it converts to androgen DHT which binds to receptors within the hair follicle that directly blocks the hair's nourishment. Such a follicle is getting more and more thin, till it’s completely lost.

Hormones are substances (biochemical) that occur in the various glands of the human organism. These glands lift the hormones directly into the bloodstream, where they continue to circulate through the blood through distant tissues and organs.

There are certain lotions, shampoos and enzyme-acting drugs (5 alpha reductase) that transform testosterone into DHT, which, as we have noted, is in most cases responsible for baldness. Well-known drugs such as Propecia tablets must be used lifelong and generally only slow down the process. You are practically obliged to spend your entire life on drugs and filling the pockets of pharmaceutical companies, but still you have not replaced the hair that has fallen off, only partially slowed down the process.

Most pharmaceutical companies will not tell you that consuming "Propecia" and thus blocking DHT hormone testosterone, directly endangers your libido. According to many studies, there is a great chance for potential problems to occur. 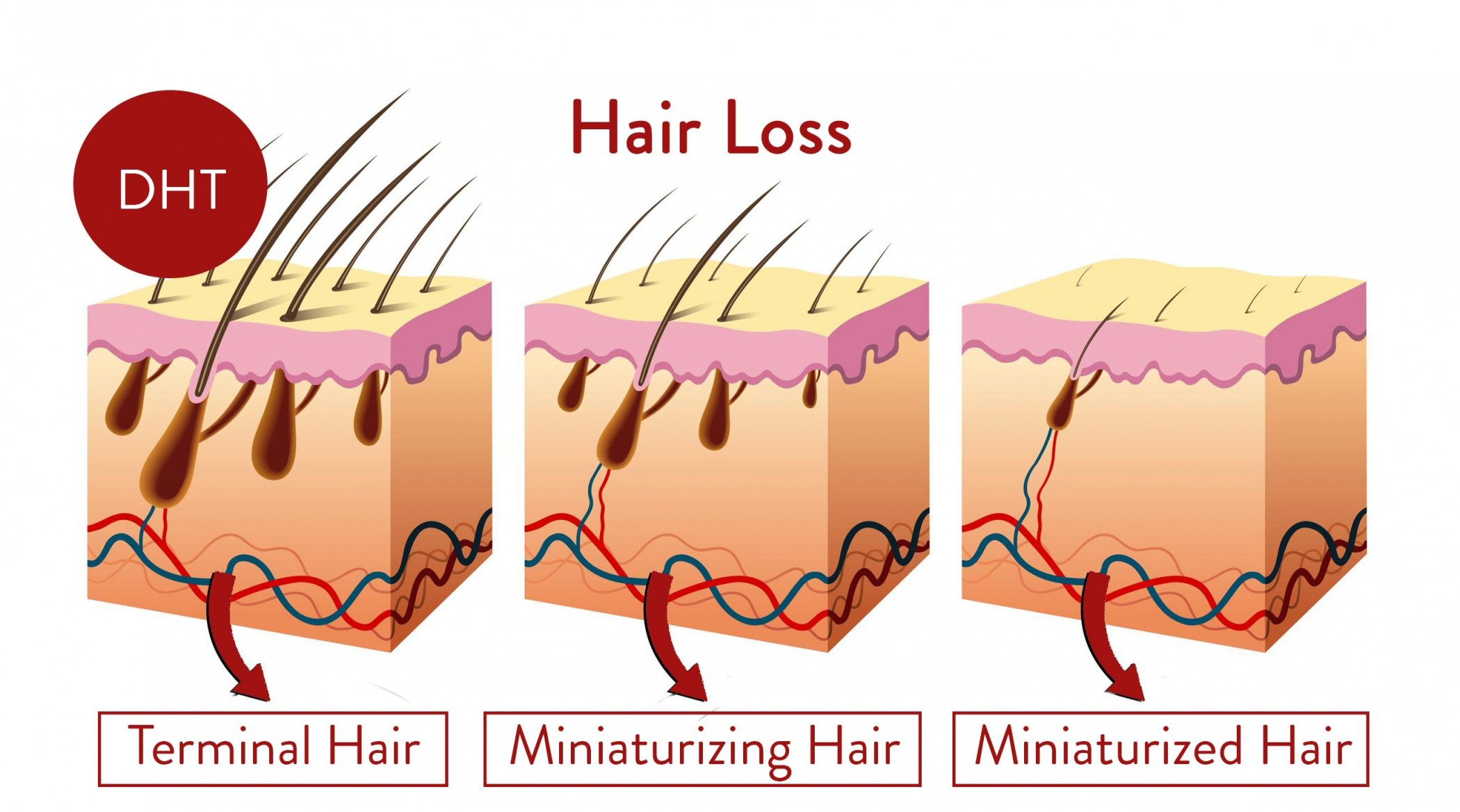 Another factor that causes hair loss is seborrhea, or increased sebum gain, which affects the skin to become greasy. In the areas that are rich in sebaceous sore, greasy hair is the most pronounced. Seborrhea usually begins in puberty, when the influence of androgenic hormones come from activating the gingivitis. The cause of hypersensitivity, most commonly occurring in men, is unknown.

The problems of greasy hair are solved with proper care. How often the hair should be washed depends on the amount of fat. If hair is washed often, then a mild shampoo is recommended. If you do not follow instructions given by a dermatologist, it may damage the protective covering (hydrolipid) that regulates the moisture of the skin.

The hair is mainly composed of protein (keratin) made of amino acids connected to the chain. It is strong, resistant and elastic, so when people start losing hair it is a sign that there is no keratin production anymore.

How does hair grow ?

Hair on the head grows constantly throughout life and goes through three phases:

ANAGENA growth phase lasts from two to six years when dense and pigmented hair is formed. At any point, 90 percent of hair on the head is in the growth stage.

KATAGENA is the second, transition phase and takes several weeks. The hair declines, hairs also become thinner and lose their pigment. In the catagen phase, the growth and hair nourishment cease.

TELOGENE is the phase when hair falls off and leaves room for a new follicle. 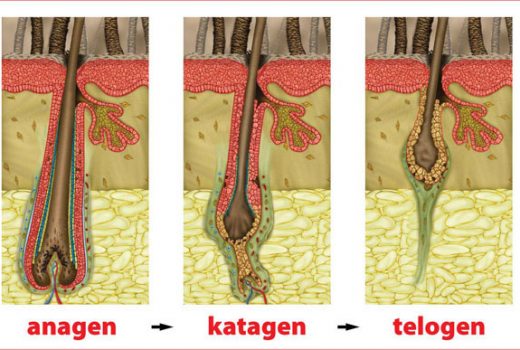 What is the cause of male baldness?

The cause of baldness and hair loss in men (or androgenic alopecia) is largely a genetic disorder. It occurs in some people because they are genetically predestined to have a higher level of 5 alpha reductases in their veins. It is an enzyme that turns male hormone testosterone into dihydrotestosterone. After that, DHT collects hair cells and makes hair thinner till complete loss. Since DHT is accumulating over time, hair is also gradually thinning until it is completely lost and fallen off in some areas.

Is it possible to transplant artificial hair or hair from another person?

Transplantation of artificial hair has not yet come to a stage in which a medical organization approves the transplantation of so-called cloned hair. Also, hair transplantation from another person is impossible because the organism recognizes the code and treats someone else's hair as a foreign body and therefore rejects it.

All hair transplant methods use the hair extracted from the donor part of the individual who is undergoing the hair transplant procedure exclusively. The only option where a transplantation is possible from one person to another, is from an identical twin to the other.