Is it cheaper and of better quality? 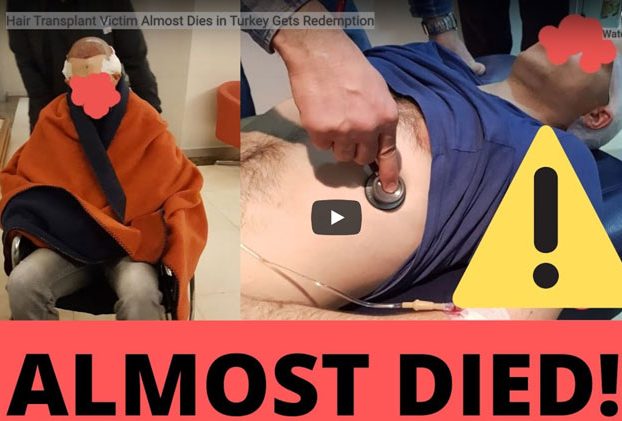 A hair transplant that nearly cost him his life

In answer to this question, we can take the case of a thirty-five-year-old who went for a hair transplant in Turkey in Istanbul, to the Arenamed clinic, in February 2018.

His contact was an agent representing Arenameda in his country. The unfortunate man scheduled HT surgery where he was promised 5000 grafts for 3000e, he was also promised that the results would be great, and that he would not have scars. Everything went according to plan until the unprofessional staff gave him a double dose of anesthesia that almost cost him his life.

The operation lasted 10 hours, was extremely painful and caused problems due to the doubled dose of anesthetic. After the patient started vomiting, fainted, felt dizzy and felt sick, the staff realized that something was wrong and called an ambulance. The ambulance found that he had very low blood pressure and that he had overdosed on anesthetics.

The recovery was painful and long. During his recovery, he could not sleep, he felt great pain and weakness because the transplant was unsuccessful. There were also no visible results of transplantation, more precisely hair growth. The man felt insecure and dissatisfied, which affected his quality of life. Due to the unprofessional staff in the clinic, the patient's healthy follicles were damaged during work, so his existing hair began to thin. 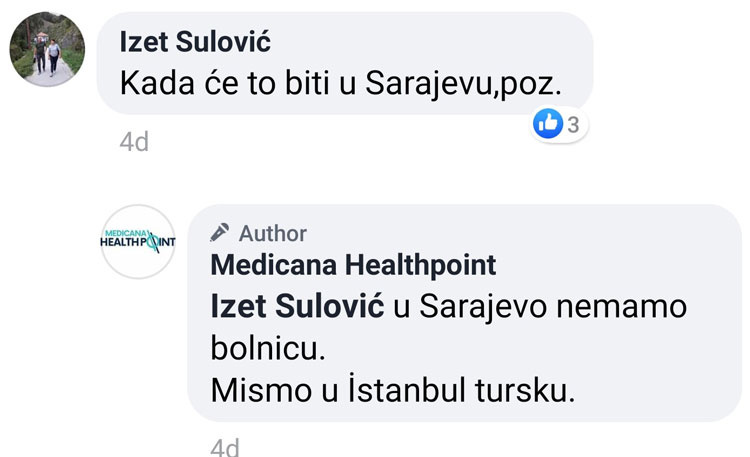 A threat in exchange for life

When he partially recovered, he turned to an agent who did not want to admit that the scars were visible. The clinic offered him a free HT transplant this time, which the patient refused, for fear of a previous operation. The agent also threatened to sue him if he brought the case publicly, even though the man could have lost his life.

After a while, this thirty-five-year-old recovered and got the happy ending he deserves. He performed the procedure in another clinic, the result of which he was satisfied with.

The most common procedures performed in Turkey do not involve a doctor, but there is cheaper labor (nurses and technicians), so a problem often occurs.
When you try to get in touch in your mother tongue on social networks, where Turkish clinics are advertised, you get an automatic answer that is grammatically incorrect (example of the pictures below).

A frequent example in advertisements circulating on the Internet, about "cheap" services in Turkey, emphasizes "VIP transport", "5-star hotel", "Transport to hotel", "translator" - all this is emphasized, but it is not the most important thing. Who is the doctor performing the procedure!?? PATIENTS do not come for transportation, air tickets, or translators, but everything is packed in such a way that it seems to you that you are getting something VERY affordable, which is not true.